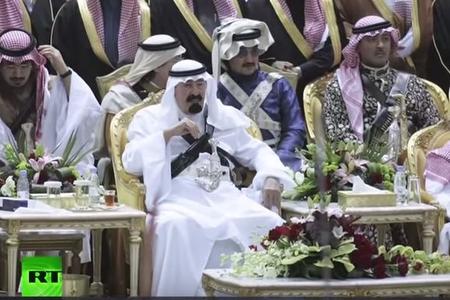 Lack of Respect for Human and Political Rights

"Saudi Arabia continued in 2014 to try, convict, and imprison political dissidents and human rights activists solely on account of their peaceful activities. Systematic discrimination against women and religious minorities continued. Authorities failed to enact systematic measures to protect the rights of 9 million foreign workers. As in past years, authorities subjected hundreds of people to unfair trials and arbitrary detention. New anti-terrorism regulations that took effect in 2014 can be used to criminalize almost any form of peaceful criticism of the authorities as terrorism."   See the rest of the HRW statement here.